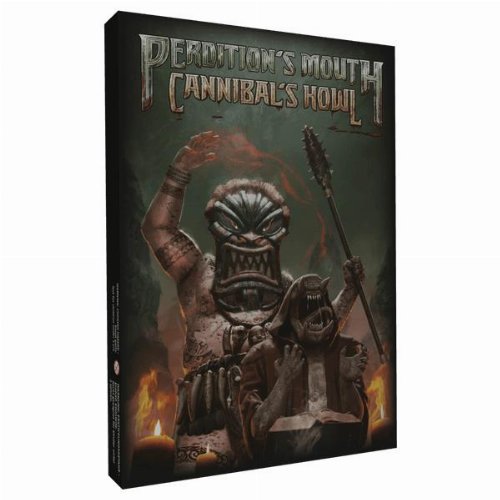 Mogba'gh is a feared shaman, a ju-ju man with unparalleled powers and even here, far away from the nature spirits of the ancestral forest, Mogba'gh wields abilities beyond normal comprehension. It's said that he is not an albino by birth, but rather became one due to a botched witchery. It's not known by anyone but Elisa why Mogba'gh is here or what he aims to do, but so far everyone has been very content with the idea of having another magus in their midst, even one as strange as him.

Mogba'ghs pointily filed teeth, his general behaviour and dark stories about culinary pleasures have formed a reputation of a repugnant, barbaric cannibal that he seems to enjoy and cultivate at every possible moment.

Mogba’gh offers a versatile and unique hero addition to your Perdition’s Mouth. A close range magic user with a wide variety of spells, you can make very effective Special combo’s with him.

For quite some time, our fans have asked for Mogba’gh to be made available again. We listen to our fans.